Blue Skies Inn is located on a portion of the historic Briarhurst estate, and our carriage house was built by Dr. William Bell, founder of Manitou Springs, Colorado. The exteriors of our Bed & Breakfast buildings mirror the Gothic Revival architecture and board-and-batten siding of the carriage house, built in 1871, which is the oldest standing structure in Manitou Springs.

Madeline Schneider was the first bride to marry on the historic Briarhurst estate. She was the youngest daughter of her father Ferdinand, who was the gardener here over a hundred years ago.

In 2011 we completed the renovation of the 1871 Carriage House. It is now the home of the innkeepers, Sally and Mike. 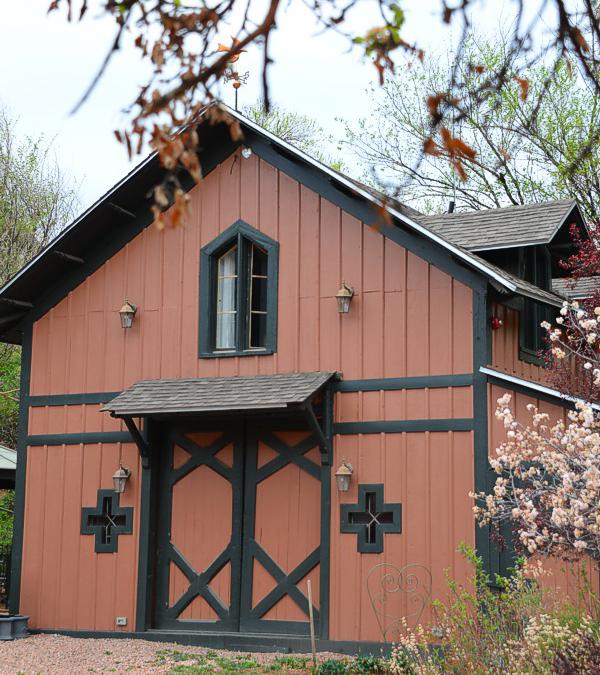 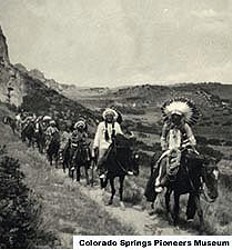 Before Europeans arrived in Colorado, the massive red rock formations at the base of Pikes Peak now known as "The Garden of the Gods" were cherished by the Ute tribe as a holy site and as a place where the scattered families of the Ute could congregate. Further up the pass that led around the south side of Pikes Peak were natural springs that the Utes believed had curative powers.

Rather than camp on sacred ground, the mountain people lodged some distance away from the Garden of the Gods downstream from the healing springs. They chose a site just across the ridge line that features the Balanced Rock, amid the streamside cottonwoods and willows with an abundance of deer and other game inhabiting the scrub-oak hillsides.

There Ute families set up housekeeping at a convenient, yet respectful, distance from their ceremonial sites. Today, the Blue Skies Innkeepers occasionally find arrowhead flakes and stone tools left behind by the Ute habitation. 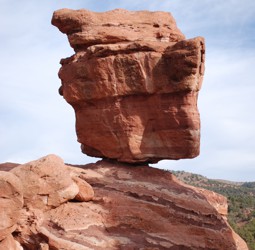 Ute territory began here at the base of Pikes Peak on the edge of the Great Plains where the atmosphere thins so visibly that visiting plains tribesmen could not help but notice the crystalline mountain panorama and the startling and vivid clarity of the sky.

Thus the Utes were known to their neighbors as "The Blue Sky People." Such was the effect of Colorado's intensely blue skies that Other tribes who lived in Colorado were also referred to as The Blue Sky People, including the Arapaho. Another name for that tribe was Blue Cloud Men, a very poetic term. Many peoples who lived here have been in awe of Colorado's intensely blue skies. 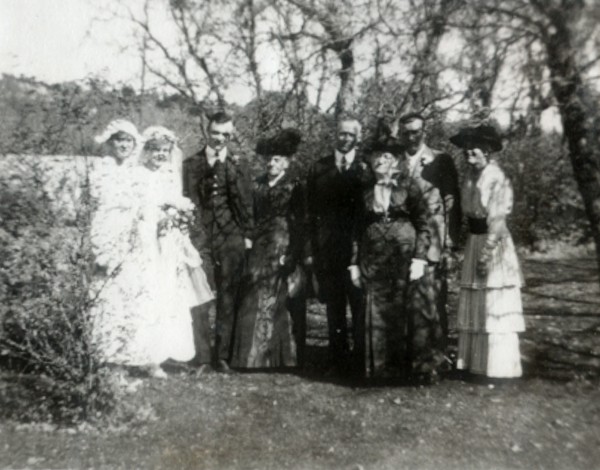 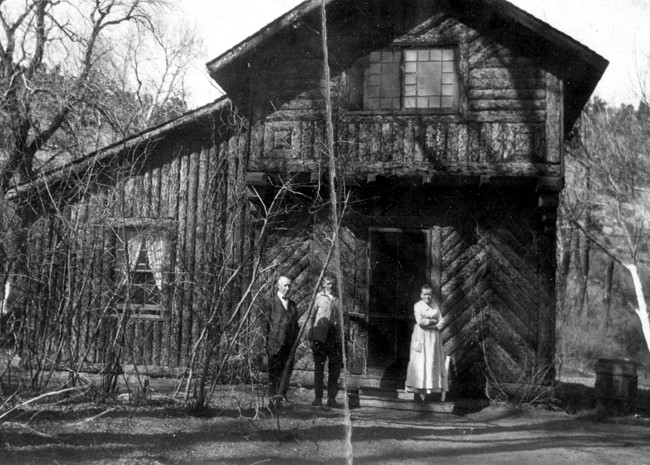 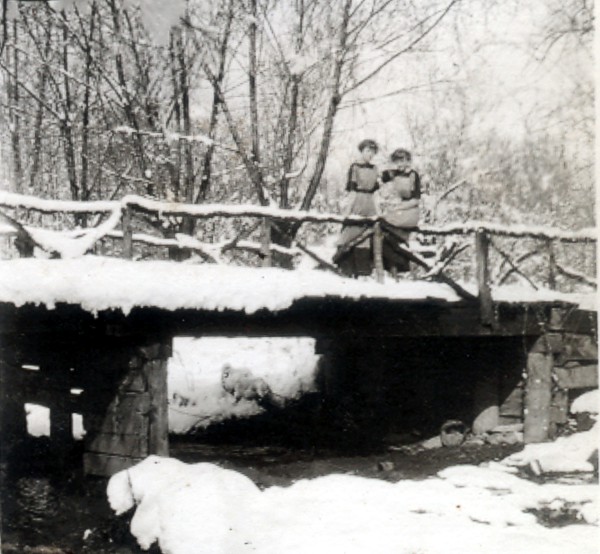 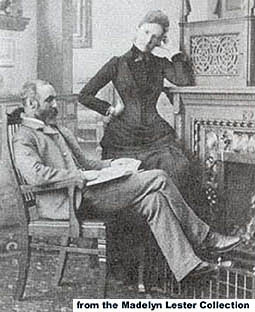 The first Europeans to explore the rugged beauty of our area were fur trappers. They named the creek that rushed from the Ute trail around Pikes Peak the Fountaine qui Bouille (the Fountain that Boils) in honor of the many natural springs tributary to the stream. Today Fountain Creek passes through the south side of the Blue Skies Inn property.

The advent of railroads to the Pikes Peak area brought the inevitable surveyors, two of whom were so struck by the beauty of Ute holy grounds in 1859 that they named them "The Garden of the Gods."

Soon after the building of railroads, Dr. William Bell chose to build a home here in a city that was developing as a a town dedicated to healing for Easterners afflicted with "consumption" and asthma. The pure mountain air and the healing waters of the natural springs were part of the cure. 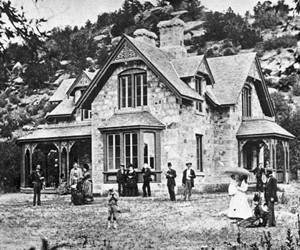 The town that Dr. Bell founded here was ultimately named "Manitou Springs." Dr. Bell platted out a ten-acre estate just east of downtown on Fountain Creek on Manitou Avenue. He called his estate "Briarhurst" and in 1871 built a magnificent manor house and carriage house.

The original manor house burned down twelve years later, whereupon Dr. Bell built an even larger version. That mansion survived the intervening years well and is currently listed on the National Register of Historic Places.

Dr. Bell's Carriage House, which is (we think) the oldest standing structure in Manitou Springs, was used for many years for their carriage and horses. The eastern part of the Briarhurst estate which hosted this charming carriage house -- a splendid example of the Gothic Revival architecture popular at the end of the Victorian era -- was split off from the manor house portion of the Briarhurst estate and was sadly neglected for years.

The Carriage House was being used as a storage shed for the Buffalo Bill Wax Museum when Sally first discovered the property in 1995. It has been restored and renovated and now serves as the innkeepers' home.
Back to About Us 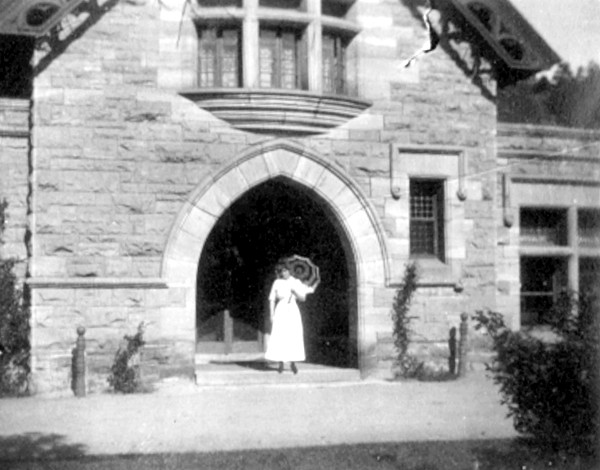 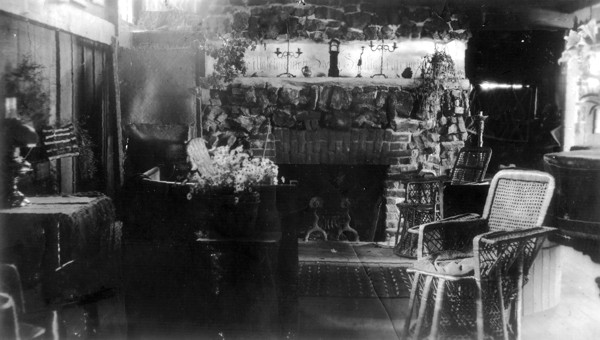 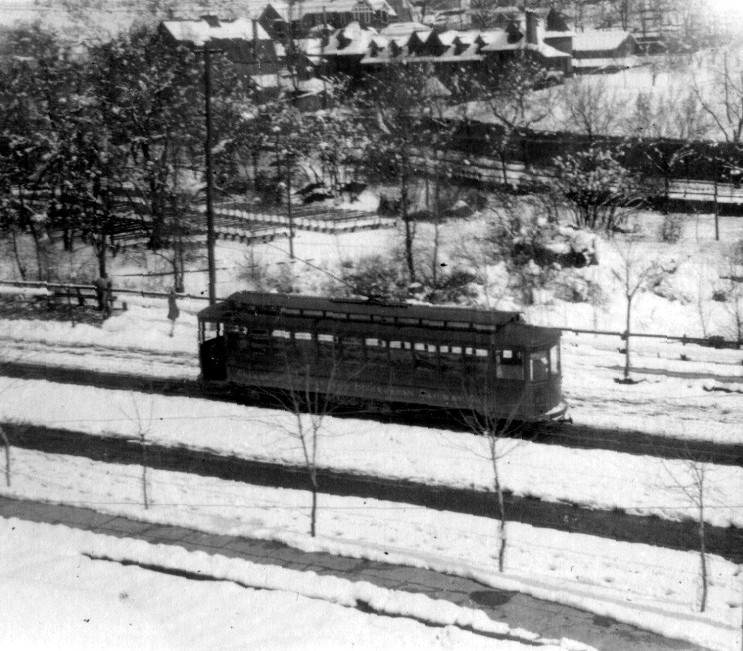 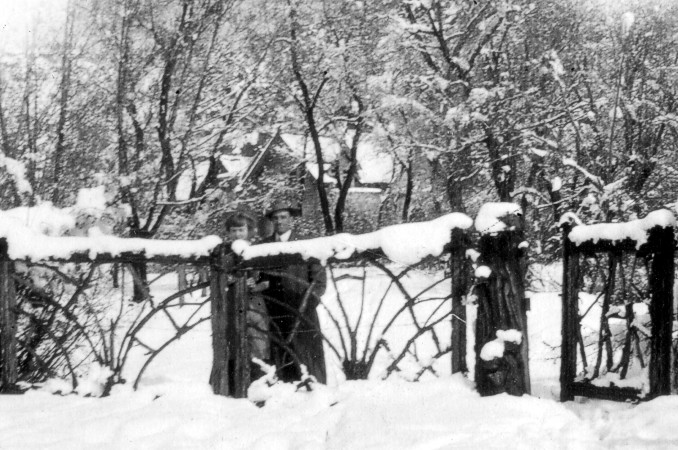