Things to see in the Colorado Springs area

Colorado Springs is the state's second-largest city, but it's first in the hearts of many visitors as a place of spectacular beauty with dozens of family attractions, natural landmarks and unique museums. The city sits at the foot of one of America's most famous landmarks, Pikes Peak, upon whose summit Katharine Lee Bates was inspired to write "America the Beautiful."

The city thrives on culture, with its Colorado Springs Philharmonic and Pikes Peak Center for performing arts. But there's much more to attract and hold visitors' attention. There are more than 50 area attractions, ranging from the Pioneers Museum to the Colorado Springs Fine Arts Center and the American Numismatic Association Money Museum, nirvana for coin collectors.

One of the nation's most fabulous city parks, Garden of the Gods, is nestled in the foothills of Pikes Peak. The stunning red rock formations draw tourists with cameras in tow to capture a perfect shot of the rocks framing the snow-capped peak. Another top attraction is the U.S. Air Force Academy, an elite military training academy just north of the city. 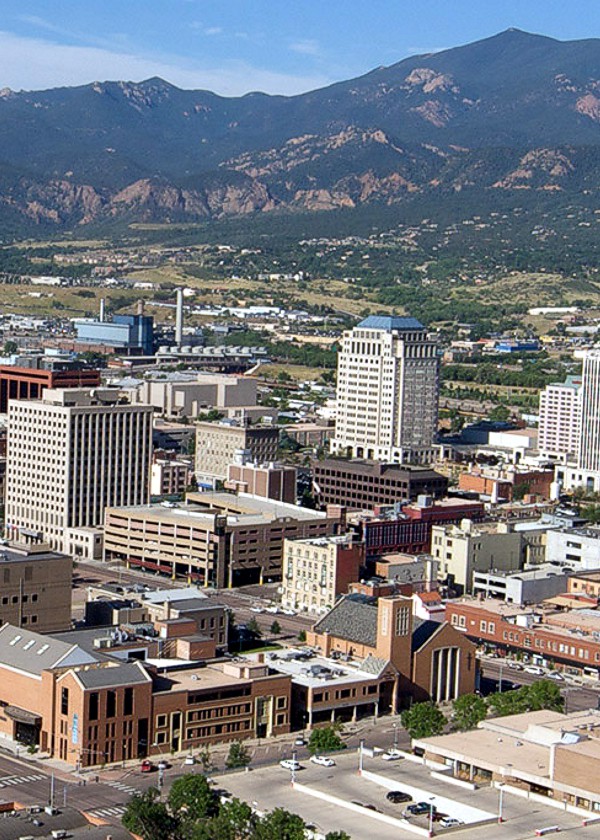 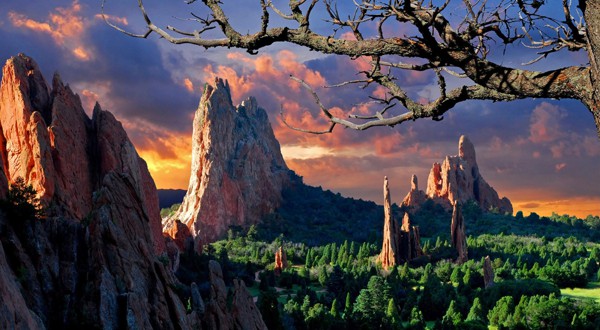 Garden of the Gods

Within a half mile of Blue Skies Inn is our favorite attraction, the Garden of the Gods, a park of natural red sandstone formations. Several Indian tribes considered it to be a Sacred Place. Take a hike and lean against a warm rock of towering proportions. No admittance fee. Horseback rides are available nearby. The Visitor & Nature Center proceeds support maintenance and improvements to the Garden of the Gods Park
VISIT WEBSITE 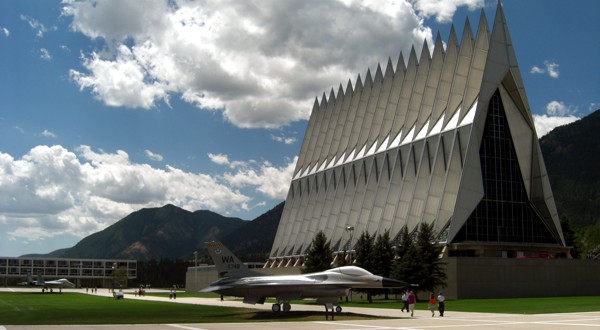 Drive twenty minutes north to see where our Air Force officers of the future are schooled. The chapel is noted for its distinctive architecture and interesting use of glass. The Air Force Academy is both a military organization and a university. Much of the Academy is set up like most other Air Force bases, particularly the 10th Air Base Wing, but the superintendent, commandant, dean of faculty and cadet wing are set up in a manner resembling a civilian university.
VISIT WEBSITE 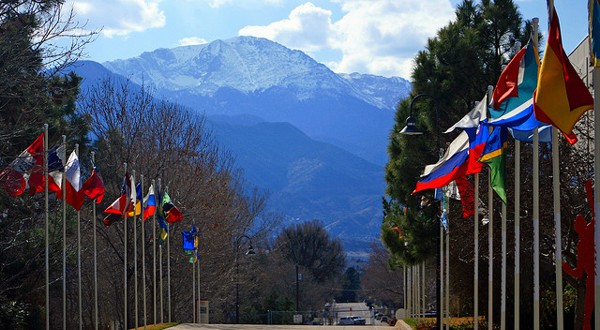 Located on the original site of the North American Air Defense Command, old barracks have made way for training facilities for our Olympic athletes. The center has sport venues and support facilities for fencing, gymnastics, judo, modern pentathlon, shooting, swimming, taekwondo, weightlifting and wrestling. The facility also includes a state-of-the-art sports medicine and sport science center, and an athlete center featuring a dining hall. Nearby you'll find a cycling velodrome as well.
VISIT WEBSITE 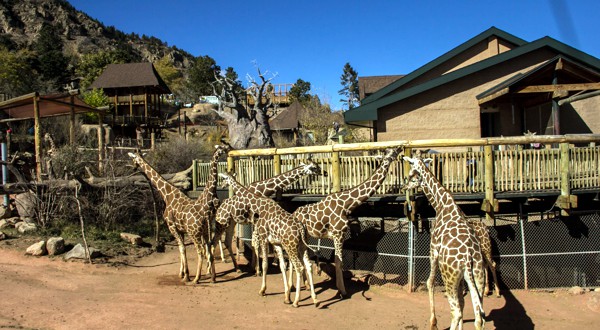 Four miles from Blue Skies Inn, our charming zoo is perched on the same mountain that holds United States Space Command. This pretty zoo climbs up the east side of Cheyenne Mountain with many outdoor exhibitss and magnificent views of the Great Plains. We brag that our zoo has the country's largest herd of reticulated giraffes which are traded to zoos in other states. The African Rift Valley exhibit will thrill and delight children of all ages. We'll share some special crackers for feeding the giraffes!.
VISIT WEBSITE 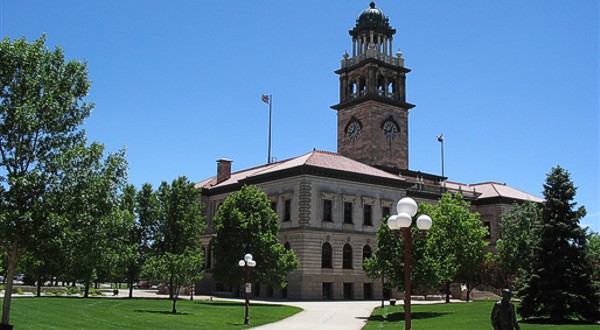 Located five miles from Blue Skies Inn in Colorado Springs' old El Paso County courthouse, this museum has many artifacts of life in the early days in our area. Great western art as well. The Colorado Springs Pioneers Museum (CSPM) is the only institution researching, collecting and interpreting the robust history of Colorado Springs and the Pikes Peak region. Each year, the Museum welcomes more than 50,000 visitors who learn what our community has been, what it is today and what it can become in the future.
VISIT WEBSITE 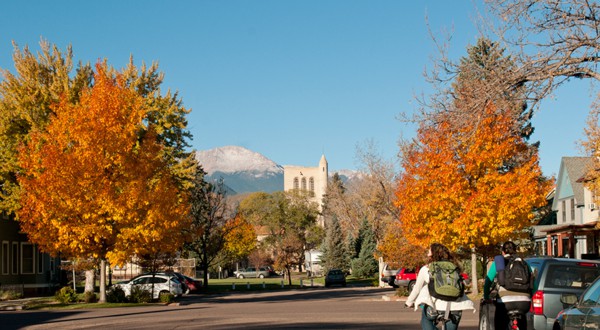 This handsome college was founded in 1874, contemporaneously with the City of Colorado Springs itself. Located just north of downtown Colorado Springs in a neighborhood of historic mansions built by profits from the Colorado "Pikes Peak or Bust" gold rush, Colorado College has a national reputation for its liberal arts curriculum. The beautiful college campus hosts regular historical lectures, art exhibits and, of course, CC's nationally ranked hockey team, the Tigers. 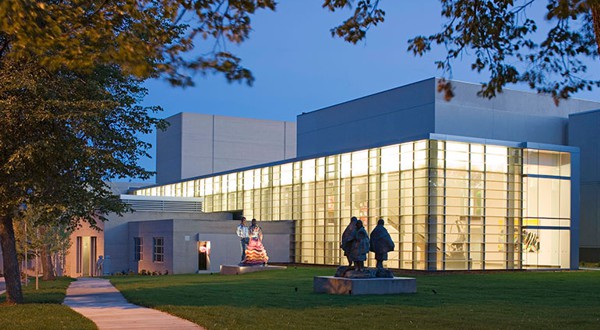 Five miles east of Blue Skies Inn near the Colorado College campus, this art museum was where Sally took art lessons as a child, still a sentimentally favorite place. It features an impressive collection of southwestern santos and western art. The Colorado Springs Fine Arts Center, built in 1936, grew out of and expanded on the mission of the esteemed Broadmoor Art Academy to become one of the only multi-discipline arts institutions in the nation. No matter what your interests are, you’ll find fun and inspiration at the multi-faceted, multi-layered, multi-storied, mega-historic Fine Arts Center.
VISIT WEBSITE 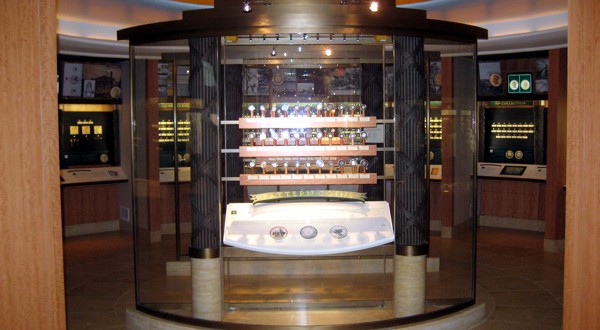 Near the Colorado College campus, this fascinating, nationally-famous museum is also called the Money Museum. The American Numismatic Association is a nonprofit, educational organization chartered by the United States Congress to promote the study and collection of money, including coins, tokens, medals and paper currency, for research, interpretation and preservation of history and culture from ancient times to the present. This is a "must see" for the coin collectors in your party. 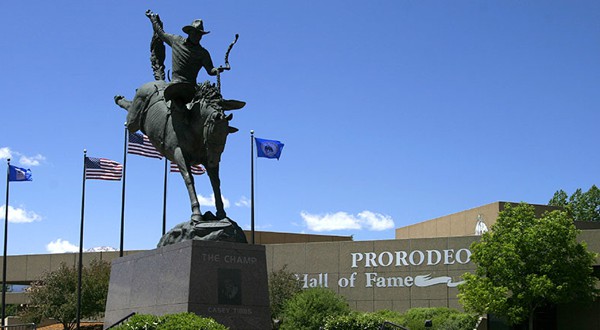 ProRodeo Hall of Fame and Museum of the American Cowboy

This is the only museum in the world devoted exclusively to the sport of rodeo and the men and women who have made it a world class sporting event. Visitors are treated to the Hall of Champions gallery, art exhibits, two video theatre presentations, rodeo and cowboy gear and memorabilia, live rodeo animals, rodeo arena, sculpture garden and a unique Rodeo America store. 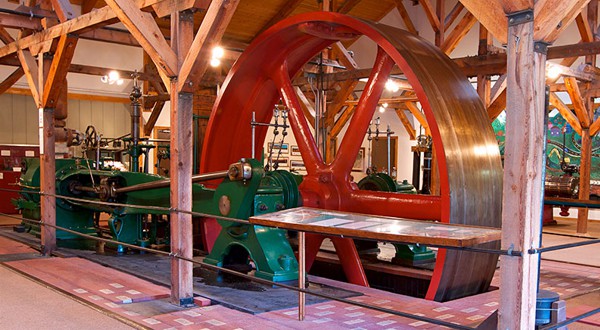 The Western Museum of Mining & Industry

Located by the North Gate of the US Air Force Academy, this "hands-on," nationally accredited museum's purpose is to educate the public about the history and continuing contributions of mining in the American West through its collection, restoration, exhibition and interpretation of artifacts related to mining, metallurgy and their support industries. 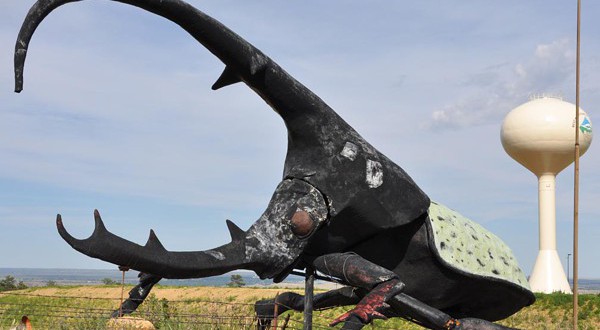 A famous entomologist once remarked that if Nature teaches us anything, we can safely conclude that The Creator had "an inordinate fondness for beetles." The Pikes Peak area is the site of a marvelous collection of exotic and rare insects, mostly beetles. The May Museum is located in the canyonlands southwest of Colorado Springs, fourteen miles from Blue Skies Inn along the route to Royal Gorge. Keep an eye out for the giant beetle. (Which is, come to think of it, good advice at all times).
VISIT WEBSITE 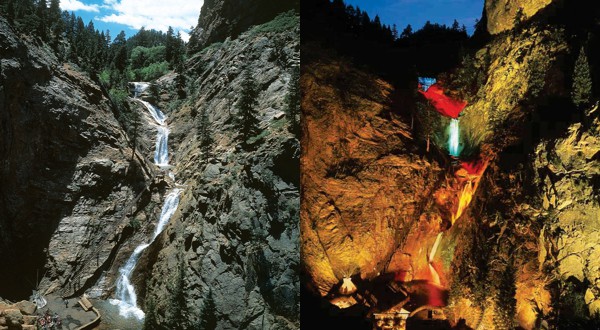 Less than 15 minutes from Blue Skies Inn, you find one of the most magnificent waterfalls in Colorado. Enjoy the majesty of Seven Falls, a magnificent series of waterfalls located in a 1,400-foot-wall box canyon, and then explore everything else the new Seven Falls has to offer. From delectable new dining options - including the exquisite new 1858 - gift shops, walking and hiking trails, the optional Broadmoor Soaring Adventure - a thrilling exploration above Seven Falls, and so much more to come.
VISIT WEBSITE
Other Attractions
Manitou Springs
Pikes Peak
Day Trips 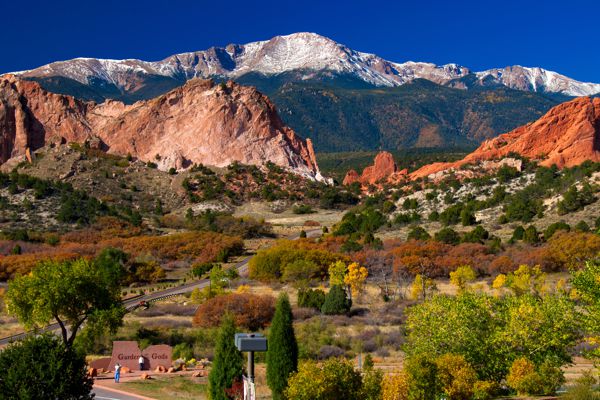 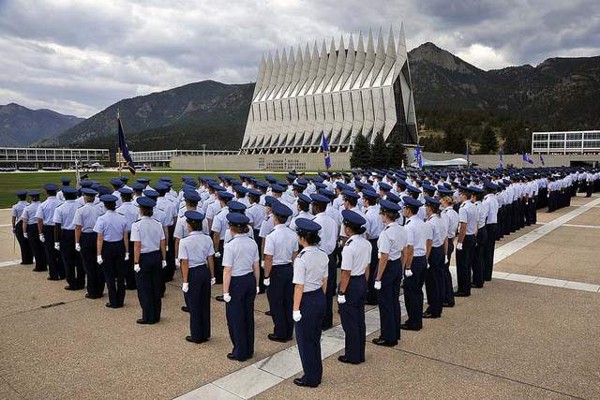